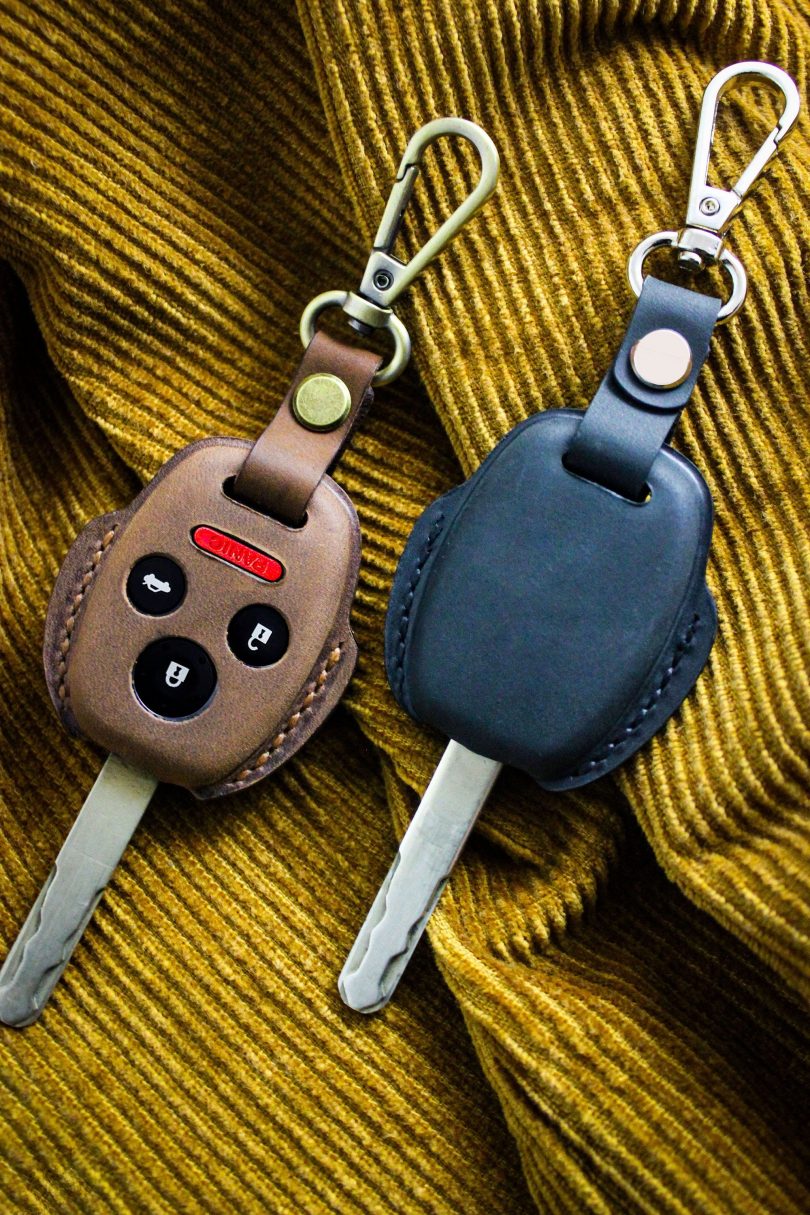 The Honda CR-V was an early entrant in the crossover SUV market. It has used 3 different types of keys in its 15 year life. Two of the physical smart keys, and then the most modern smart key fob known as Honda CR-V key fob battery. So, in this article we will explain how to replace Dead Honda CR-V Key Fob.

This newest smart key fob has been used in the Honda CR-V key fob in the following years:

So in this article, we’re going to show you how to change the Honda CR-V Key Fob, and this is Fob used from 2016 till present. So this is a really easy one to change.

The first thing we want to do is flip it over and you can see this little knob in the back. It’s got an arrow pointing down. And if we just pull this towards us like this, we can pull out the valet key like. So once you’ve got the valet key out, if you look in the middle of the key here, this key is kind of. If you look at it, it’s got a line that goes all the way around.

This key can be popped into two pieces really easily. So if you take the valet key, insert it right in the middle and twist between the two pieces, this thing will pop right off really easy. Don’t worry about breaking it. It comes apart really nicely. Inside here you’ve got a CR 2032 coin battery.

There’s an easy way to pop this out. Again, just take your balance like you can get right underneath that and just pop that guy out. When you put in a new CR 2032 back in to make sure the positive side facing towards you. There’s kind of two longer tooth that holding the battery here.

So if you place those in first, it’ll pop back in really easily. Now put the other side back together like this. Just pop it back together in a few spots. Put your valet key back in. That’s it.

That’s how you replace the CR-V battery for the Smart Key from 2016 to present.

The Honda CR-V used the physical key with rectangle buttons in the following model years:

In this part, we’re going to show you how to change the key battery for a Honda CR-V. This is battery used from 2014 to present in the physical key. So if you flip the key over, you can see there’s a really small screw in the back side of the key. Now to get this out, you’re going to need a very small screwdriver.

Then if you look at the side of the key Fob, there’s kind of a little notch. If you take a flat head screwdriver right into that notch and twist, we’ll give you some leverage to be able to pop off the two sections of the Fob. Once you get that apart and it will come apart pretty easily. So don’t worry about breaking anything there. As long as you stay in the notch and kind of twist around, you’ll be good to get this part.

So now you can see we have access to the battery here. We just take our flathead and just gently pop out the CR 1623 volts coin battery. So once you have a new one of these, just make sure the positive side is facing down and push it in. Kind of keep it towards the top here when you first push it in because there’s kind of some prongs down at the bottom. So just make it easier.

Once you’ve got that in, make sure that you don’t see any positive signs or lettering facing you. You got the right side in there and then go ahead and reassemble the Fob. Just place those two pieces back together and we’ll snap together real nice and easy and then go ahead and replace your little baby screw and that’s it. So that’s how you change the key Fob battery for Honda CR-V.

This can be a difficult screw to get out depending on your key. But we’ve already got this one loosened, so it’ll be pretty quick. So get the screw out and then set that aside.

Now, next thing you need to do is on the base, right in the middle. There’s a little notch if you can see it in the video here, but there’s a notch right there. If you take a small flat head screwdriver, actually probably one of the larger ones, and put it in that notch and then just give it a twist. You’ll see the base of this key starts to kind of move a little bit. The only thing that’s holding this together now is actually a little notch up here at the top.

So if you just pull from the base and then kind of pull towards you, this will come right off. Now, there’s an internal piece here that we can just pull out. This contains what the battery and everything we actually need to change. You can see the buttons there. So let’s go ahead and set aside our kind of shell for the time being.

Now, looking at this, there’s another notch in the upper right here for kind of oriented like this where we’re going to be able to separate this into two pieces. So, again, take one of your flathead screwdrivers and turn in that notch. Just give a little twist, and this will pop off pretty easily. Then we have access to the battery. So to get this battery out, we’re kind of looking at it like this with those silver things and kind of the upper right there.

If you just take a little screwdriver and get underneath there, you’ll be able to pop out this battery. The battery that you need is a CR 1616 three volt coin battery. So when you put a new one back in, easiest way is to kind of get underneath this right area there, then just press it in, and that will pop into place. It’s not too difficult to kind of push in, the prongs holding it aren’t super overlapping.

Okay, so now that we’ve got that in, we can go ahead and reassemble this intersection, just pop everything back into place.

You kind of hear the buttons going, okay, so we’ve got that there, and then now we’ve got this to put back together into our shell. That looks good. Then when you’re putting the shell back on, we think we mentioned there’s a little ridge here at the top. So if you just make sure that when you put it back together, that ridge goes in first and then everything will close nicely there and then just put the screw back in and that’s it.

So that’s how you change the key battery for an older Honda Civic from 2006 to 2013. Again, the battery that you need is a CR 1616. If you want to learn much more about the other types of Honda Key Fobs, read our article here.