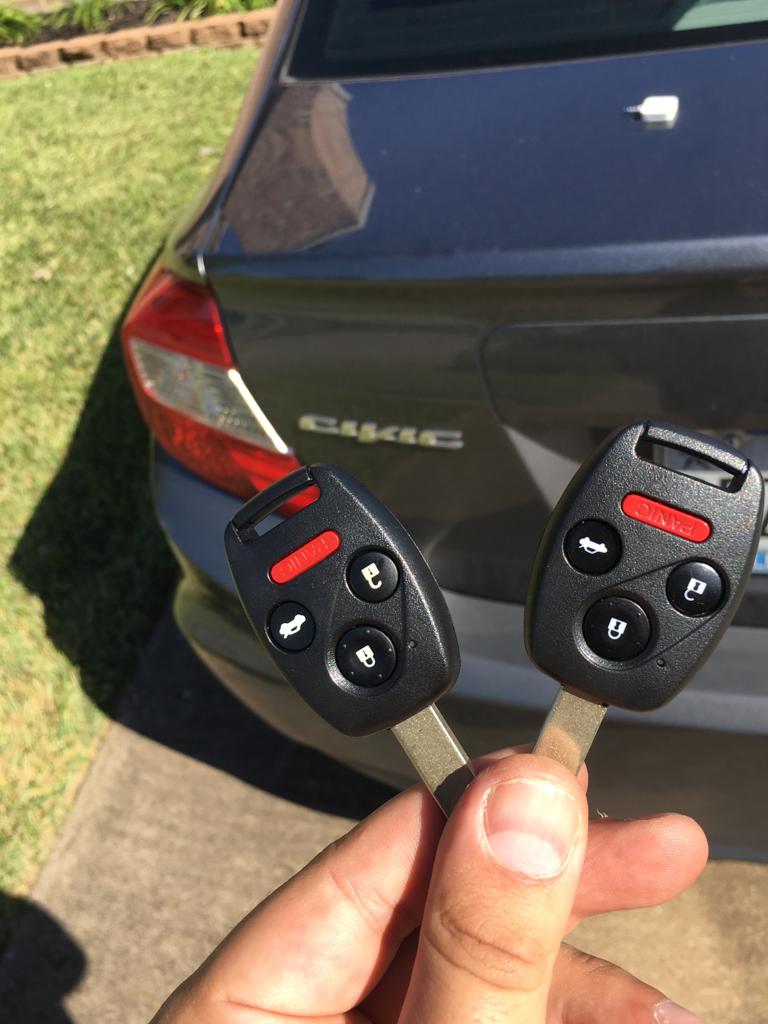 The Ridgeline uses this fob battery in these model years:

Before we start, read our article here if you would like to see a general Honda Key Fob Replacement Guide. In this article, we’re going to show you how to change the key battery in a Honda Ridgeline. It’s a smart key, and this was used from 2017 till present. So this is really easy battery change. If you look at the back here, it’s a little knob you can press to release the internal valet key.

You can go ahead and just take that valet key and right in the middle. If you put it right in between these two pieces of Fob, we’re just going to use that to get some leverage kind of twisted a little bit towards you, twist it away from you, and you can just pop this thing right off, and this Fob is really nicely designed and that you’re not going to break anything when you pop it off. It’s got some good points just to get that leverage with the valet key and pop it off. Now, the internal battery that you need for the Ridgeline is the CR 2032 3 volt coin battery.

To get that out, you can just on the left side here, take your valet key, pop that out. When you’ve got a new CR 2032 battery, you’ll notice there’s some kind of longer prongs on this right side here. If you place the battery in underneath those first, then you can just push it down in, and it makes your life a lot easier than trying to push down through. So make sure to insert the battery that way.

Then take your handy-dandy other side of the Fob, snap that back together, and just one last thing. Put the key back in, of course, and that’s it. That’s how you change the key battery on Honda Ridgeline smart key Fob from 2017 to present.

In this part, we’re going to show you how to change the key Fob battery for a Honda Ridgeline. This one with the circular, rounded keys here is used from 2006 to 2014. This is for the Honda Ridgeline key that looks like this. The first thing we want to do is flip this over and you’ll see at the base there’s a small screw.

You’ll need to start and get that little tiny baby screw out first, and it can be difficult the first time you do it. This one’s already been loose a little bit, so it’s going to go pretty quick. Once we’ve got that screw out, there’s a notch in the lower left there.

If we put in our screwdriver right into that notch and twist, it will create some leverage to be able to separate the base here. Once you have that separated, you can actually pull it towards you and pull that open. Now, the internals of the key here, you can just pull out like so, and then we can set aside the outer case for the time being. Okay, so the key Fob internals. If we look at it like this again, there’s going to be another notch in this orientation in the upper right.

Take your small screwdriver again and just get it in a notch and twist. That should allow you to pop open these two pieces, give us access to the internal battery here. This little battery is a CR 1616, which we can pop off like so just getting underneath here that will pop out. We have a CR 1616 3 volt coin battery, and we put a new one back in.

So there it is. Go ahead and reassemble the outer case, pop that back in there, make sure coming through looks good. Then when you’re reassembling this outer shell, there’s a lip here at the top. If you kind of get that set first, it makes getting the base much easier first, and then you can pop in the base, put in a little baby screw, and that’s how you change the key battery in a Honda Ridgeline Key Fob Battery from 2006 to 2014.